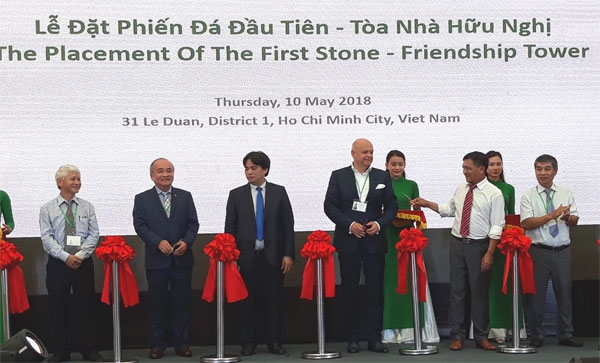 Speaking at the groundbreaking ceremony, President of the union Huynh Minh Thien affirmed that the project is a manifestation of the fine sentiments shared between the two countries and their peoples.

Licensed by the municipal People’s Committee in 2010, the building will rise to 21 storeys, with around 13,700 sq.m of floor area. Its construction is expected to be completed in two years.

Once put into use, the building will also serve as the headquarters of the Ho Chi Minh City Union of Friendship Organisations.

Vietnam and Slovakia established diplomatic relations in 1950. Since then, bilateral ties have developed continuously, especially in trade and investment.

Trade turnover between Vietnam and Slovakia has grown 40-fold compared to 2004. In the first 10 months of 2017, two-way trade reached about US$630 million, up 80% against the same period last year, making Slovakia one of Vietnam’s most important trading partners in Central and Eastern Europe.

Slovakia invested in nine projects in Vietnam with a total capital of US$247 million, making it 36th among 128 countries investing directly in Vietnam.